Agoraphobics Attacking Back: Fighting Your Panic Disorder With The Help Of An Anxiety Therapist

Agoraphobia is a type of anxiety disorder that makes life very difficult. Rather than you leading the way in your own life, you're more or less dictated to by that voice of fear in your head that tells you not to go somewhere, not to talk to someone or not to expect to be able to live a normal life because you're ruled by worry. Beyond complex medications with untold side-effects, your anxiety should be addressed at the core so you can acknowledge it in its entirety and, at some point, attack it with the same ferocity that it attacks you.

This condition is often misunderstood, afflicting people at different intensities and under a variety of circumstances. Agoraphobia generally indicates that someone is restricted by their fear of certain situations. You may be afraid of being stranded, abandoned, trapped, or helpless or just of a new and unpredictable experience.

Sometimes, people develop agoraphobia after having an unexplained panic attack, where they're left wondering why it happened and worrying about it happening again. You're overcome by a dreadful sense of having no control, and, consequently, try to remain in a place where you can maintain some control, such as the comfort of your own home.

Understanding The Benefits Of Anxiety Therapy

There's no magic pill or instant cure for agoraphobia; rather, treatment revolves around exposing you to the situations which cause you fear and panic, then gradually conditioning you to have less panic and worry, and, ultimately, you gain a sense of control. The first step is admitting you have this type of anxiety, which should bring you a sense of relief. The second step is deciding to do something about it, which is hard for agoraphobics because it involves leaving your safe space and venturing out to a new place and being around new people. However, an anxiety therapist can actually help you make it through the trip to their office, either by talking to you beforehand or even talking to you as you bravely head out to their office.

While the first few steps are precarious and sometimes frightening, treatment begins to get easier thereafter. Having a professional explain your problem to you, letting you know there are many more like you and that, yes, therapy will help, begins to prepare you for the "fight back" against your anxiety disorder.

Through exposure therapy and possibly other methods of treatment, you should eventually feel like you're on solid ground, able to make and keep commitments, take on new risks and challenges, meet new people and go new places, and feel something you likely aren't too familiar with: freedom. As an agoraphobic, you're basically trapped in the place that doesn't make you afraid; as a recovering agoraphobic, you take control of the fear, and, therefore, your freedom.

Living under a barrage of constant anxiety attacks (or the threat of them) is wearisome and overwhelming. Let an experienced counselor guide you through the treacherous ordeal of learning how to escape agoraphobia. You can attack back, you can overcome the panic, and you can, as you deserve to, finally lead a normal life, with you fully in control. Contact a counselor to learn more about anxiety therapy.

Read in about 3 Minutes 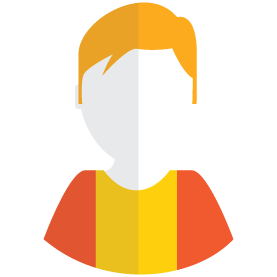 The sudden loss of my mother was devastating for me and my family. After going through a mourning period that spanned several months, I was finally able to leave the house. When a friend suggested counseling, I procrastinated setting up an appointment for awhile. However, when I started going, I found that it was helpful and encouraging. I was able to address my frustrations head-on in a healthy way, which made it possible for me to go about my normal daily activities. Losing a loved one might feel like an impossible ordeal, but I know that counseling can help. As you read through my blog, I hope that you can find information that can comfort you during your journey.